America’s Founders regarded a free press as so vital to the new nation that they took care to include that right in the First Amendment to the Constitution.

Founders spoke glowingly about the press as a pillar of democracy and guarantor of liberty. Thomas Jefferson, for instance, famously wrote in 1787 that “were it left to me to decide whether we should have a government without newspapers or newspapers without a government, I should not hesitate a moment to prefer the latter.”

George Washington framed the issue of free expression in almost apocalyptic terms: “If freedom of speech is taken away, then dumb and silent we may be led, like sheep to the slaughter.”

Yet discussing the free press of their day, the Founders also could often sound like those who are decrying “fake news” in 2020.

Under a barrage of criticism from newspapers published by his political opponents, Washington painted journalists as “infamous scribblers.” Benjamin Franklin, himself a very successful newspaper publisher, described the press of his time as a resentful, vicious institution comparable to the Spanish Inquisition.

Jefferson frequently condemned the press as passionately as he had advanced their right to publish freely. “I deplore … the putrid state into which our newspapers have passed and the malignity, the vulgarity, and mendacious spirit of those who write for them,” he wrote in 1814. “Nothing can now be believed which is seen in a newspaper,” he complained in a letter to another friend.

For good measure he wrote to his ally in Congress, the Massachusetts politician Barnabas Bidwell: “As for what is not true, you will always find abundance in the newspapers.”

On this Independence Day 244 years later, it’s worth reflecting on the lessons the Founders have for us as we assess the role and the practices of the news media today.

Most importantly, the press’ proper role must be recognized by the leaders and institutions being held accountable.

As abused as he was by the partisan press, Jefferson nevertheless declared, “I am … for freedom of the press, and against all violations of the Constitution to silence by force and not by reason the complaints or criticisms, just or unjust, of our citizens against the conduct of their agents.”

Among those slinging partisan unjust criticisms was the newspaper co-founded by James Madison, who reasoned that “some degree of abuse is inseparable from the proper use of everything, and in no instance is this more true than in that of the press.”

Yet, he went on to argue that trying to regulate the “abuse” of the press threatens to strangle its vitality and utility to a free people: “To the press alone, checkered as it is with abuses, the world is indebted for all the triumphs which have been gained by reason and humanity over error and oppression.”

And therein lies the most fundamental lesson the Founders have for us in 2020: The press and the government may often have an adversarial relationship — but the government must not attempt to delegitimize the press and its work because they are essential to a free society.

Would any of us want to live in a country where the news media isn’t freely allowed to report on the actions of its government? Any harm done by an overreaching press would be nothing compared to a government left unchecked. As much as the news media may rub some the wrong way, it is frightening to think of a society with no free press.

Tarred and slandered by the press of his time — often by newspapers owned or financed by fellow Founders — Thomas Jefferson stayed true to that principle to the day he died on the Fourth of July, 1826.

On this Independence Day, all Americans should renew our commitment to Jefferson’s description of the United States as “a country which is afraid to read nothing, and which may be trusted with anything, so long as its reason remains unfettered by law.”

(On behalf of its approximately 1,500 newspaper and associate member companies, America’s Newspapers is committed to explaining, defending and advancing the vital role of newspapers in democracy and civil life. We put an emphasis on educating the public on all the ways newspapers contribute to building a community identity and the success of local businesses. Learn more: www.newspapers.org) 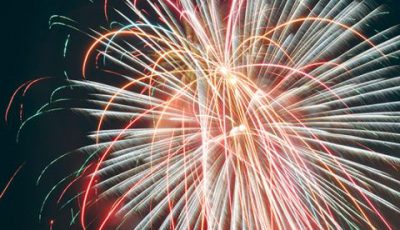 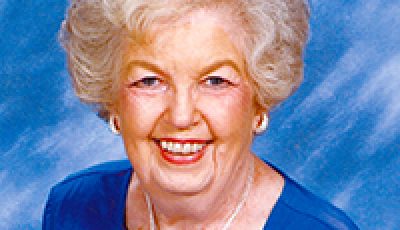 May First, the real Independence Day