With the possible exception of those, who own stock in Clorox or Lysol, I think that we can all pretty much agree on one thing. COVID-19 stinks. First there were the business shutdowns, then the layoffs.

Now we have the cancelation of events, such as NIBROC, Old Fashioned Trading Days, and fireworks celebrations and other festivities in Corbin, Williamsburg and Jellico.

One bit of good news is that those, who are still wanting to celebrate Independence Day this weekend, still have multiple local options, even if some of these events aren’t as close to home.

For those interested in celebrating the true meaning of Independence Day, which was the founding of the country and the 13 original colonies, the Captain Charles Gatliff Chapter of the Sons of the American Revolution and the William-Whitley Chapter of the Daughters of the American Revolution are sponsoring a bell ringing ceremony at 11 a.m. on July 4.

It will be held at the University of the Cumberlands’ Patriot Park, which is where the 9-11 memorial and the replica of the Liberty Bell sit. The event will culminate with the ringing of the Liberty Bell replica 13 times in honor of the 13 original colonies.

Those interested in fireworks still have several options although some of you may have to travel a little further to see fireworks than usual.

The West Knox Volunteer Fire Department is once again hosting its July 4 fireworks celebration with the fireworks being shot at dusk on top of the hill where the old Lynn Camp High School used to stand.

These fireworks might not be as big as you might see in some other places, but West Knox Volunteer Fire Chief Darryl Baker assures me that they make up for that with the volume of fireworks that are shot off, which will be around 5,000 shells.

The cities of London and Barbourville are also still doing fireworks shows this year.

London’s Red, White and Boom celebration will be an abbreviated event this year with no entertainment, food vendors or restrooms available. However, there will still be fireworks, which will be shot off at College Park, which is off Highway 192 next to the Laurel County Public Library.

WWEL Sam 103.9 will play patriotic music coordinated to the fireworks.

Barbourville is also featuring a scaled back version of its Fourth of July festivities.

Knox Street Thunder is hosting its car show starting at 10 a.m. at the Court Square.

Fireworks will be shot off at dusk at City Park, but the park will be closed and there will be no events inside the park this year.

As you can tell, there are still some local options regarding fireworks and Fourth of July celebrations that are taking place Saturday.

If you plan to attend one of these public celebrations and even some private ones, please remember to social distance to the extent possible, and try to remember to wear a mask to help reduce the spread of COVID-19.

Yes, wearing a mask stinks (particularly if you haven’t washed yours in a while … lol), but it doesn’t stink quite as bad as a second shutdown would, so – please – let’s all do our part to try and avoid that.

Hopefully by the Fourth of July next year, COVID-19 will be squarely in the rearview mirror, and we can get back to all of our traditional celebrations. Perhaps we could even commemorate COVID-19 next Fourth of July with a giant mask burning party signifying that the masks are no longer needed. 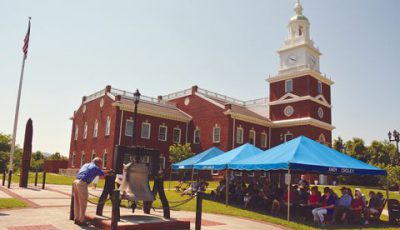 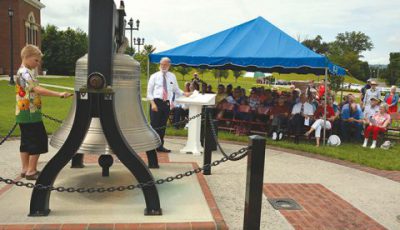