Williamsburg’s Shannon Barman has been named Kentucky Mother of the Year by American Mothers Inc.

Shannon Barman was announced Thursday as the 2020 Kentucky Mother of the Year, and she is the 68th woman in Kentucky history to hold this honor.

Barman is a married mother of two, manages the Williamsburg Pizza Hut, and is the founder of The B Squad Project, which is a nonprofit organization that provides beds and blankets for less fortunate children in addition to helping take them shopping for back to school supplies and providing them with free shoes.

Barman noted that she was absolutely surprised when told that she had won the award.

“Actually I am in shock,” Barman said adding that she feels quite honored to be in the company of the mother of the year winners from other states listed on the American Mothers Inc. website. “The caliber of the ladies on that webpage is crazy ridiculous. I don’t think I am mother of the year by any means.”

She was nominated for the award by Carol Smith, a friend and co-worker, who is also a member of The B Squad Project’s board of directors.

“When she told me she did it, I was like I don’t have a chance at all,” Barman said adding that when the woman from American Mothers called her to inform her about winning the award, “I about passed out.”

Barman along with honorees from other states, will be recognized during the 85th National Convention of American Mothers Inc. in Washington, D.C. April 19-21. She will also serve as an ambassador for Kentucky mothers during visits with members of Congress.

One honoree will be named the National Mother of the Year during a gala fundraiser for the American Mothers’ ‘Golden Rule Grant Fund’ on April 21.

Barman said that she is looking forward to the trip to Washington, D.C.

“I hear it is going to be amazing. I have never been to D.C., and I have always wanted to go,” she added.

For more than 80 years, American Mothers Inc. has been honoring moms who make a difference. Since the first National Mother of the Year was named by the American Mothers Committee and Honorary Chairman Sara Delano Roosevelt in 1935, American Mothers has honored inspirational mothers from across the country every year, according to a news release.

All 51 honorees were nominated by a friend, relative, peer, or by the governor of her state. 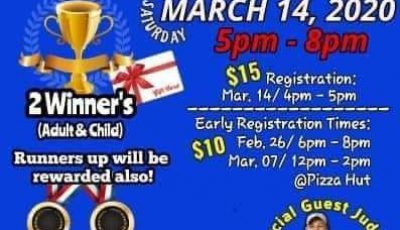 Second Annual The Burg’s Got Talent set for Saturday 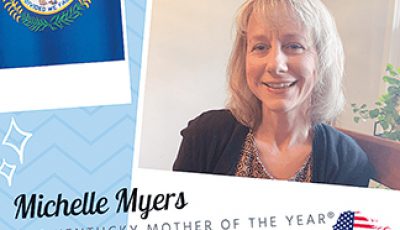 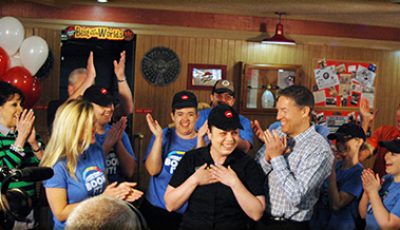