As a young boy I delivered the Corbin Daily Tribune to customers in the downtown Corbin area. I have been in many of the buildings which housed apartments at that time. I climbed many steps on my route. After graduating from college I worked at WCTT radio station, which was associated with the newspaper.
I associated with many of the newspaper’s staff. Jack Thurston was the Sports Editor. Foley Ruggles was an Associate Editor. Kenneth Mauney was the Mechanical Superintendent. Warren Cummings set type and Will Brafford, Paul Eaton and Ray Frye were part of the press crew.

Years later I was hired as the advertising manager when the newspaper was called the Corbin Times-Tribune. At that time Bob “Springer” Hoskins was there as an owner and manager. John L. Crawford was an owner and also the Editor-Publisher, James O. Crawford was the Managing Editor, and Jim Lee Crawford was the Associate Editor. My advertising staff was Norma Crawford, Arlene Perkins, Deloris Robinson and Don Smith. I can’t forget Katie Crawford, who at Christmas time sold ads. Nobody could resist buying an ad from loveable Katie.

Having spent several years of my life there I hated to hear the news that the paper, now referred to as the Times-Tribune, was moving its offices to London and reducing its publication to two days a week. The newspaper has been a fixture in Corbin for 128 years.

When that newspaper was under local ownership it was very instrumental in the progress of the area. John L. Crawford especially influenced many decisions that were made. The Corbin Times-Tribune was very much a part of most citizen’s life.

About thirty years ago the newspaper was sold to what we refer to as chain ownership. That is about the same time we started our newspaper here called Corbin! This Week.

Both newspapers have suffered in circulation with the popularity of the Internet. In recent years dailes have been hurt more than weekly newspapers because much of what a daily newspaper published years ago, state and national news, is on the Web and on television. Locally, there wasn’t that much going on that required daily reporting. Many dailies reduced their printing to three or four times a week.

But now the coronavirus has reduced advertising for local media, and that also includes radio stations, at its worst level ever.

It is understandable that the Times-Tribune would want to cut cost by consolidating with the Sentinel-Echo at a location in London. This newspaper cut costs by closing our Williamsburg office.

But the hard reality is that the city of Corbin lost an enterprise that had been located here for 128 years. That is hard to swallow. The press is crucial to American democracy. Both this newspaper and the Times-Tribune serve a vital role. 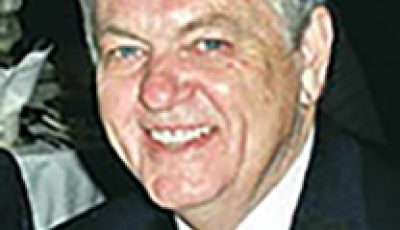