Search crews save life of woman at Spillway

The ongoing search for the body of a man whose life ended tragically near the Laurel Lake dam was the difference maker for a woman who required life-saving emergency assistance Thursday night.

Amy Hicks, a volunteer with Woodbine Search and Rescue, is a physician’s assistant at the emergency room at Baptist Health Corbin.

She was on vacation from the hospital, but had spent most of the time working alongside other search and rescue personnel combing the Laurel River below the dam for 22-year-old Tyler Russell, who had been swept from the spillway Saturday when the gates of the dam were opened to generate power.

Hicks, along with Whitley County Emergency Management Director Danny Moses, Oak Grove Firefighters Josh Yancy and Nick Clark had just left Noe’s Dock when a call came over the radio requesting an ambulance at the spillway beach because of a patient who had possibly drown and was unresponsive after being pulled from the water.

“We were only a couple of miles away,” Hicks said.

When the group arrived, bystanders were in the process of performing CPR on the woman.

Hicks and the firefighters took over, continued CPR and gathered the necessary information that the ambulance crew would need once it arrived.

“It was a really good team effort,” Hicks said.

Among the information the team received from bystanders was that it may not have been a drowning.

“The patient’s husband told us she had been floating out in the water on the raft and started to have a panic attack. She had never gone under the water” Hicks said.

Once the ambulance arrived, Hicks said she and the firefighters worked with the crew of EMT Nathan Thomas and EMT–A Jessica Hall to load the woman and begin transport.

“It was about six minutes,” Hicks said of the time.

Hicks said in such situations, family members or friends of the patients can expedite the process of getting the patient to the hospital by collecting as much information about the patient, the condition, and the events leading up to the call as possible.

“Give them a clear account of what anyone around saw, the time frame, and any symptoms the patient may have been experiencing,” Hicks explained.

Hicks said she and the firefighters stayed with the woman during the ride, continuing CPR. As the ambulance headed back toward U.S. 25, it ran across Woodbine Search and Rescue Battalion Chief Rickie Fore, who also works for Whitley County EMS.

Fore left his truck on the side of the road and jumped into the back of the ambulance to provide additional assistance.

“This was one of the best team efforts,” Hicks said. “Everybody worked together very quickly and well together. I felt very proud to be part of it.”

Hicks said this week wasn’t the way she expected to spend her vacation, but it will definitely be memorable.

“It was kind of a blessing to be off and able to help with the search,” Hicks said. “God had put me in the right place.”

Debbie Cashen, Director of Emergency Services at Baptist Health Corbin, said this type of reaction from Hicks is typical.

“Amy is a take charge person whose entire life is about helping others. We are very fortunate to have her at Baptist,” Cashen said.

Complaints of drug activity leads to three arrests in Rockholds 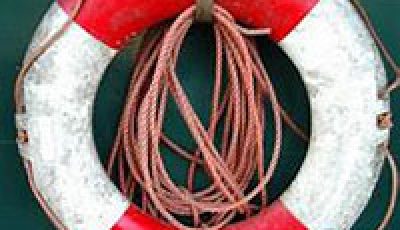 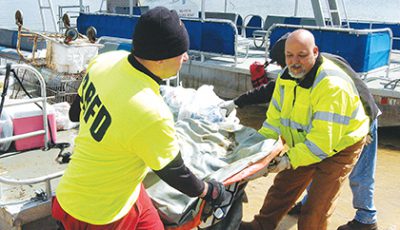