Jeffery Hicks is wanted by the Williamsburg Police Department on an auto theft charge.

Williamsburg police are asking for the public’s assistance in locating a man wanted for auto theft.

Police are searching for Jeffery Curtis Hicks, who is described as a white 5’6” male weighing about 140 pounds. He has brown hair and hazel eyes.

Hicks is wanted for allegedly stealing a car on Main Street on May 15. There are active warrants for his arrest, according to a Williamsburg Police Department release.

Hicks is wanted on a charge of theft by unlawful taking (disposition auto) – $500 or more but under $10,000, according to the release.

The vehicle was located and returned to its owner.

“Call Whitley County Dispatch at (606) 549-6017 if you have seen this man or may know his whereabouts … Any assistance would be appreciated,” the police department wrote in the release. 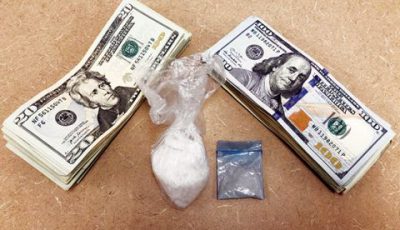