If someone hadn’t seen the accident, officials aren’t sure how long an elderly Williamsburg woman would have been sitting in her crashed vehicle that went down an embankment Monday afternoon. The driver of this Dodge Caravan went off Highway 92W due to a medical emergency and down an embankment late Monday afternoon.

“It could have been much worse given where she was at. Most likely nobody would have seen her had someone not seen her actually wreck. She could have been there for hours before anybody took notice of a van over there,” said Kentucky State Police Trooper Matt Ridener, who was the investigating officer.

Wilma Lester, 82, was driving a silver Dodge Caravan west on Ky. 92W about 3:30 p.m. when she lost control of her vehicle due to a medical emergency, Ridener said.

The vehicle struck the guardrail, and went airborne traveling 50-60 feet diagonally before coming to rest about 30 feet from the roadway.

Ridener noted that a marijuana eradication team composed of state police officers and Kentucky National Guardsmen, which happened to be driving through the area, rendered first aid to Lester until Whitley County EMS arrived at the scene.

Lester didn’t have to be extricated from the vehicle, but emergency workers including EMS and members of Goldbug Volunteer Fire Department had to use a rescue stokes basket to bring her up the steep embankment to the ambulance.

Firefighters set up an emergency landing zone in the roadway hoping to fly Lester out, but after two emergency medical helicopter services declined to fly due to storms in the area, Whitley County EMS transported Lester to Baptist Health Corbin for treatment of her injuries.

Lester didn’t appear to have any life threatening injuries.

White appointed to W’burg school board 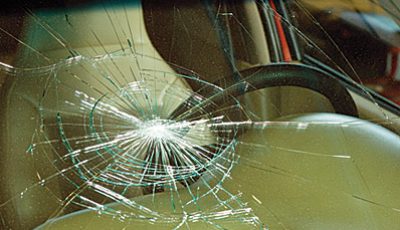 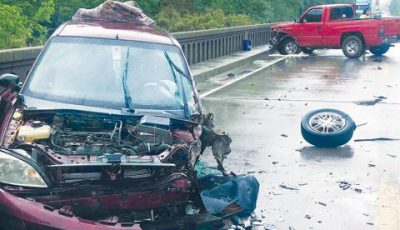 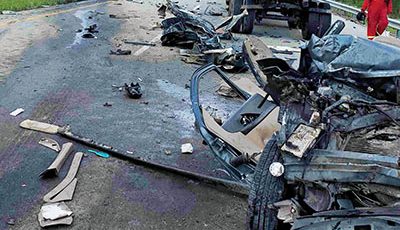