With Baptist Health Corbin staff on the front line in the fight against COVID–19 multiple businesses, organizations and individuals have pitched in to show their appreciation by providing food for the workers.

Corbin attorney Shane Romines announced last Thursday that he had established, “The Champ’s Tab,” in an effort to help the hospital employees and provide a boost to several locally-owned restaurants.

Romines announced on the Copeland & Romines Law Office Facebook page that he had established $1,000 tabs at The Depot on Main, Pizza and Company and The Root Beer Stand.

“We know that our healthcare workers are really being put through the mill with everything that is going on,” Romines said in announcing the effort.

“Not only the physical grind, but the stress.”

Romines explained that hospital employees may show their hospital ID when picking up their food at any of the three restaurants to have it covered by the tab.

“Feel free to use the Champ’s Tab,” he said.

Romines is encouraging anyone else that is in a position to do so too, to chip in, or establish their own tab at one of the local restaurants.

Friday afternoon, Mark Shepherd, owner of Bubby’s Barbecue, set up shop in the traffic circle near the outpatient surgery entrance to the hospital where he and his wife, Michelle, along with several employees fried up catfish, French fries and hushpuppies. They also had barbecue on hand and provided enough meals to feed the approximately 450 staff members that were on duty.

“We are doing it just like when we cater,” Shepherd said.

Hospital management, including President Anthony Powers, masked up and came out to the prep area to pick up and deliver the food around the hospital.

“I think it is wonderful. The staff is so appreciative,” Mays said.

As for making the deliveries, Mays said she was happy to do it.

“We are delivering all over the hospital, because it takes all of our hospital to make this system work,” she said.

Whitley County Commonwealth’s Attorney Ronnie Bowling showed his appreciation to the hospital’s ER staff and helped out Si Senor Mexican Restaurant by purchasing 35 dinners and delivering them to the hospital.

Others who have donated food include:

“We have been overwhelmed by the outpouring of support and donations to the hospital including food, supplies and equipment,” Powers said. “On behalf of our team, I would like to extend our heartfelt thanks to all of the individuals, businesses and churches who have nourished our bodies with meals and spiritually by lifting us in their prayers during this time. We are here for all of your healthcare needs and will continue to be here for you when this pandemic has passed.” 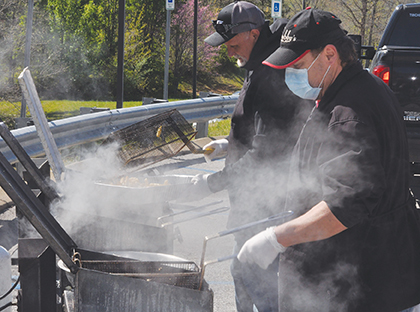 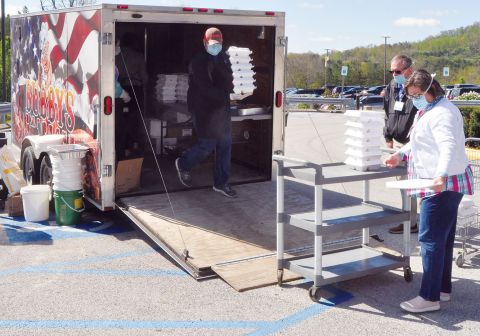 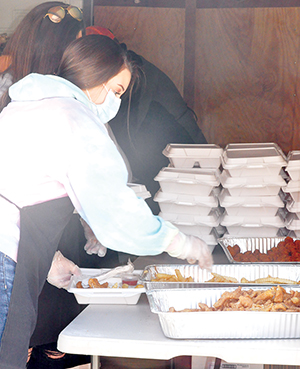 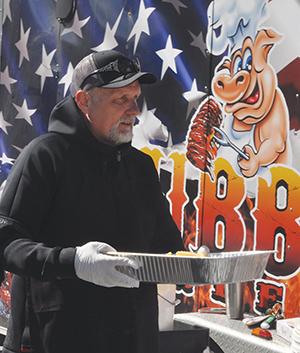 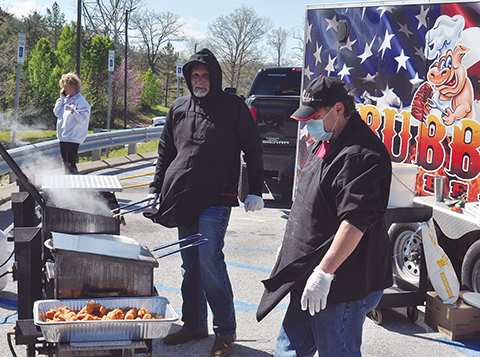 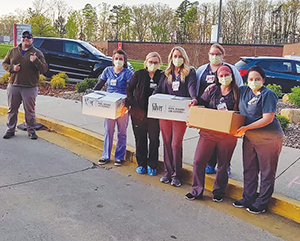