About six hours after police found Michelle Marlow’s dead body inside the home that Lori Mattie shared with Chris Lowe on July 23, 2017, Mattie gave Kentucky State Police a nearly 50-minute sometimes rambling statement about what lead up to Marlow’s death.

She offered few details about the death at one point asking police if Marlow was going to be all right.

Marlow was found dead inside the defendants’ Old Mud Creek Road residence from blunt force trauma to her head, neck and arms. Lowe and Mattie were found naked and unconscious in the other bedroom covered in blood, police said.

Lowe, 40, and Mattie, 39, are charged with murder and unlawful imprisonment in Marlow’s death. Lowe is also charged with tampering with physical evidence for allegedly moving Marlow’s body after having beaten her.

Wednesday was the second day of their trial in Whitley Circuit Court.

Mattie cried at multiple times in the courtroom as the recording was played for jurors during the testimony of Kentucky State Police Detective Billy Correll.

The statement was given about 1 a.m. on July 24 at the Williamsburg Police Department after Mattie had been released from the hospital.

At several points during the interview, Mattie claimed that she didn’t know what happened, which often prompted comments from Correll such as, “Don’t play this I don’t remember game.”

At one point Mattie told Correll that she told Marlow to take a shower in the guest bathroom. She also remembered cooking.

“The next thing I remember my face was bloody. I had no clothes on … I was in an ambulance,” Marlow said in the recording.

Mattie said that the situation started on July 23 in the master bedroom when Lowe couldn’t find his wallet, which had his whole paycheck of about $300. He was mad, and he initially thought that Mattie took it.

She said that Lowe didn’t hit her at the time, but shoved her a couple of times, and didn’t want her to leave.

“He said, ‘You ain’t going no where,’” Mattie told police.

Mattie said that she and Lowe had been in a fight three days earlier.

Lowe also asked Claude Dean, who was Marlow’s boyfriend, whether he had the money before going in the guest bathroom and confronting Marlow about it.

Mattie told police that Marlow told Lowe she would get the money for him.

Authorities believe that Marlow’s body was dragged from the road into their home.

KSP Lt. Bill Elliott, who was also involved in Mattie’s police interview, asked Mattie what she would say if he told her she was going to be charged with murder.

Mattie added that she drinks every day until she gets to the point where she can’t remember anything.

Correll testified Wednesday afternoon that he remembered Mattie having a swollen lip when he interviewed her, but no bleeding anywhere around the mouth or face.

About halfway through the interview, Mattie asked whether Marlow was going to be all right to which Correll replied, “No. She’s dead.”

He went on to add this is what they had been talking about for the previous 20 minutes or so.

Mattie claimed at one point during the interview that she and Lowe had gone to Walmart in Williamsburg and then stopped in Jellico to get gas for the mower.

Mattie claimed that Marlow was at her home when she left, but wasn’t there when she and Lowe got back, but she was supposed to come back.

Mattie also claimed during the interview that she had defensive wounds that evening.

“She attacked you,” Correll asked?

Mattie told police that she had just met Marlow “last night” and that Marlow was a mother of eight children and had at least one grandchild.

Correll testified he made a notation in his report that Mattie didn’t establish a consistent flow of the timeline during the interview.

Mattie’s attorney, Cotha Hudson, asked Correll whether he had ever been told that Mattie had a blood alcohol level of .313 when her blood was drawn at the hospital about 10 p.m. on the evening of the incident, and Correll replied that he hadn’t been told that.

Correll also said that he didn’t recall smelling any alcohol on Mattie while he interviewed her.

Hudson said in her opening statement Tuesday that Mattie couldn’t remember what happened that night.

Correll also testified Wednesday that he took a swab of Lowe’s mouth at the crime scene in order to obtain a DNA sample from him, and that he also took swabs of red stains, which may have been blood, from various parts of Lowe’s body, including his right hand, his left hand, his right foot, his left foot, his right ear and the bridge of his nose, which had a small laceration.

Correll said that Lowe voluntarily gave the DNA sample and was very compliant when the swabs were taken.

Jurors also heard from KSP Trooper Jack Hedges, who is a state police expert in crime scene mapping and was the last witness to testify Wednesday afternoon.

He used 3-D laser scanners to create a virtual model of the crime scene complete with 360-degree views of rooms inside the home, which showed the locations of various pieces of evidence, and Marlow’s body.

Several of the scans were shown to jurors during his testimony, which ended shortly before 4 p.m.

The trial is scheduled to resume at 9 a.m. Thursday.

Corbin man stable after being hit by car 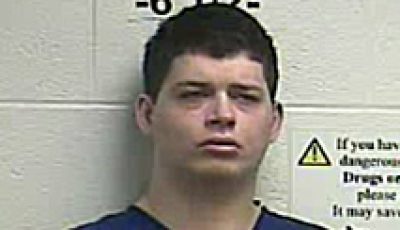 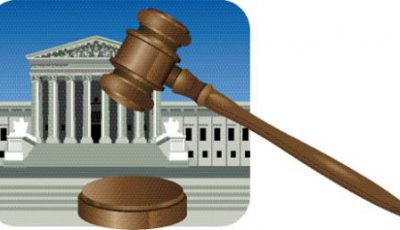 No court in Whitley County through April 10