The situation in Harlan with miners of the Blackjewel coal company not being paid back wages is a textbook case of government flat failing to do its job, enforce the law and protect its citizens.

The company declared bankruptcy weeks ago, and images of miners protesting have made national news. Politicians across the spectrum have been hyperventilating to let everyone know, willing to listen, that they support the down-on-their-luck miners.

In just another example of why having newspapers is so important, the Lexington Herald-Leader pointed out there is a law on the books that mandates new mining companies pay bonds to ensure workers get paid if things go south.

Turns out, over two dozen other companies didn’t either.

Fact of the matter is, NO mining company in Kentucky has followed the requirement of that law in the last five years.

The Kentucky Labor Cabinet exists, to a large degree, to ensure workers in this state don’t get screwed over by unscrupulous employers. In this area, they failed. Not only did they fail, it’s hard to say they even put any effort into it at all. One might even argue they willfully turned a blind eye to all the rule breaking and lawlessness going on when it comes to payment of these bonds by the state’s mining companies.

Labor Cabinet officials claimed they had no way to find out whether companies are required to pay or not. Also, they said they did not maintain a list of any violators because they aren’t required to do so.

These are flat lies.

New companies must register with the Secretary of State’s office to do business in Kentucky. Also, companies that intend to mine MUST legally advertise their intention to do so in the local newspaper of record. We get them all the time here at the News Journal. Affidavits or proofs of publication are provided to the state.

If the Labor Cabinet didn’t know who was supposed to pay those bonds, it’s because they didn’t WANT to know. The records exist. The state’s Attorney General was able to find them by just searching business records on the Internet.

Furthering the argument that this was willful ignorance is the fact that state officials lobbied for the law requiring the bond to be eliminated last year, but it got no support in the state legislature. Absent that, it looks as though it’s just been ignored instead.

That’s one way to unofficially “repeal” it, I suppose. By simply not enforcing a law, you’ve basically rendered it pointless.

Sad that the only time people wake up to this sort of stuff is when it slams them right in their pocketbooks PERSONALLY. There are plenty of warning signs out there that maybe … just maybe … things are going on that aren’t in the best interest of the “common man.”

This is kind of where we are at in society, though, it seems. I get the feeling there really aren’t rules anymore. It’s just … whatever.
Whatever is quickest.

Just make it up as you go. Enforce the laws you like, trash the rest. It shouldn’t be that way. This is a clear case where our government failed spectacularly.
Someone is to blame. Someone should be held accountable for that failure.

There are just some people who can’t be replaced 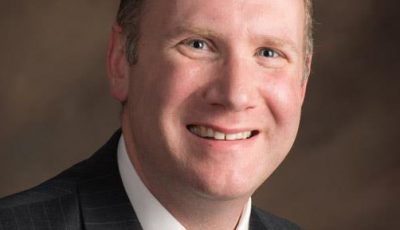