U.S. history is full of instances where people have taken a stand against what they perceive as excess, overreach, inaction, ineptness, or just plain evil on the part of local, state and/or federal government. Dean Manning is a reporter at the News Journal.

The nation was founded by just such people, and they added provisions in the U.S. Constitution to ensure future generations would have a legal leg to stand on should they feel the need.

The Constitution guarantees the right for people to peacefully assemble and to speak their minds without fear of reprisal from the government.

Since 1791 when the Bill of Rights, including the First Amendment, was ratified, courts have found some limitations.

In 1919, the U.S. Supreme Court ruled that false speech, such as the familiar ‘Yelling fire in a crowded theater and causing panic,’ is not protected, unless there is actually a fire.

The ongoing COVID–19 pandemic has resulted in pushback from people across multiple states, including Kentucky, who are demanding governors ease the restrictions.

Gov.Andy Beshear instituted restrictions on what businesses may remain open. Main Street in Corbin is a ghost town, while the budding revitalization of downtown Williamsburg has been stopped in its tracks.

One of the final steps was closing state parks, including Cumberland Falls and banning groups of more than 10 people from congregating.

The governor had also ordered that churches not hold in-person services, using online and drive-in options.

When protestors went to the State Capitol in Frankfort, where thousands have gone in the past to voice their anger, the protestors were called out by their fellow citizens.

Among the suggestions was that Gov. Beshear call in the Kentucky State Police to break up the protest.

I’m a live–and–let–live type of person.

You want to be a Christian, Jew, Muslim, Buddhist, Wiccan, Hindu, Shinto, Sikh, Pagan, other, or none of the above? Preach it!

You want to abolish the United States and want to join a one-world government, or just start over with whatever utopia you may dream up? More power to you!

And, yes, if you don’t like a particular race, creed, color or sexual orientation and want to voice that, I will defend your right to say that without interference from the government, even though I believe it makes you among the worst people there are.

I understand the governor is trying to keep COVID–19 from spreading. But just as he can get on his soapbox every day at 5 p.m. and speak to the masses, so those protestors, and, yes, those who agree with him, have the right to gather and voice that.

With the popular opinion on free speech spiraling further and further toward “perceived” hate speech being banished, the need to stand for free speech is even greater.

Perception is a pendulum. What is accepted speech today, may be hate speech tomorrow and a citizen who stands by while free speech is eroding could very easily find their own views outlawed in the future.

So, while you may not like what the protestors who stood outside the capitol were saying, voicing support for their right to do so is essential, as you may be part of the next group seeking to exercise that same right.

Stories That Stir: The Way Out of Worry

Opinion: You can take action in this pandemic 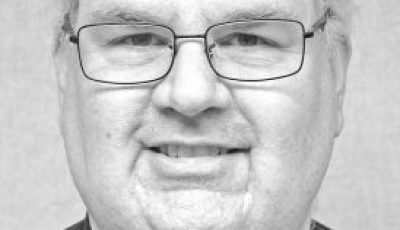