The sentencing hearing for a Williamsburg woman, who allegedly killed her husband and two teenage daughters in their southern Whitley County home on Jan. 13, 2019, has been delayed. On Feb. 19, Courtney Taylor, 44, entered an Alford plea to three counts of capital murder in the shooting deaths of her husband, Larry Taylor, 56, and her two daughters, Jesse Taylor, 18, and Jolee Taylor, 13.

Taylor’s formal sentencing hearing was initially scheduled for April 8 in Whitley Circuit Court, but Special Judge Jeffery Burdette has postponed it until May 5 at 10:30 a.m.

Because of the COVID-19 pandemic, the Kentucky Supreme Court has ordered all judicial centers and circuit court clerk’s offices across the commonwealth to be closed to the public through May 1. Because of the closures, the vast majority of court hearings and court proceedings have been canceled or postponed. 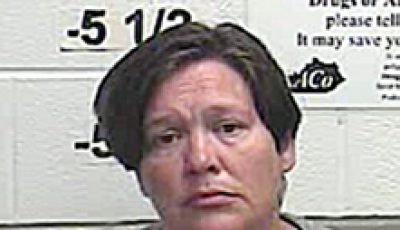