Williamsburg is poised to receive $379,738 as its share of the $1.8 trillion COVID-19 CARES Act Relief Bill, Mayor Roddy Harrison told the city council during its monthly meeting on June 8.

Harrison noted that Kentucky was allotted $1.7 billion of which the governor has agreed to send $300 million to cities and counties based proportionately on population.

The money can be used to reimburse the city for any COVID-19 related expenses that it has incurred since March or that it will incur between now and Dec. 30, 2020.

For instance, all the personal protective equipment, hand sanitizer, etc. that the city has purchased can be reimbursed. If the city had to station a police officer outside of Walmart for eight hours due to COVID-19 concerns, then the city could be reimbursed for that, Harrison said.

The city council voted to authorize Harrison to proceed with efforts to obtain the city’s portion of this funding.

One thing the funding could be used for are things, such as plexiglass screens, hand sanitization stations, etc. to make the Kentucky Splash Waterpark COVID-19 compliant for a proposed opening, which the city is planning for July 1.

Harrison said that when the governor said he was in talks with Kentucky Kingdom about the reopening of the park and its waterpark, mayors and officials in other places assumed this meant that all waterparks and pools could reopen, but this isn’t necessarily the case.

Harrison said that the governor is expected to make an announcement soon about the opening of waterparks, and the conditions for opening the waterparks.

“I am going to e-mail the governor’s office again tomorrow saying we have to have a decision made very, very soon. We have to get it COVID ready. There are a lot of things we are going to have to do. A lot of it is additional expense. We are painting and cleaning and doing the disinfecting and the whole nine yards.”

At a 50 percent occupancy rate, the park could have 1,750 customers. Harrison said that about 1,600 tickets would likely be sold in this scenario with spots being held back for people stopping in off the interstate wanting to go to the park, and for season ticket holders.

“It will be a numbers game, and it will be difficult to do,” he added.

Harrison noted that those, who have purchased season tickets for this year, will have their tickets honored this season and for part of next season due to the late season opening.

What the CARES Act specifically doesn’t allow is for government entities to offset lost revenue that occurred because of COVID-19. In other words, if the city lost $100,000 in payroll tax revenue in March due to COVID-19, it couldn’t recoup that $100,000 using CARES Act funding.

Harrison noted that the city and others are lobbying to try and get this portion of the act changed so lost revenue would be covered.

In regards to funding for the next fiscal year, the city isn’t sure what the revenue situation will look like.

Harrison said that he won’t be presenting a 2020-2021 fiscal year budget to the city council for a few more months, even though the new fiscal year starts on July 1.

The city will instead just be operating under a continuation of the current year’s budget until this is done.

Harrison said the city needs at least a quarter worth of numbers before it will know how much revenue has been lost in part due to COVID-19.

Another big question mark for the city budget next fiscal year is employee health insurance costs.

Harrison said the estimate is a 29 percent increase over insurance costs for the current fiscal year, which ends June 30.

“There is no way we can do this,” he said. “We knew it was going to increase but 29 percent, that is crazy.”

Councilman Richard Foley noted this would amount to an additional $300,000 or more in expenses for the city next fiscal year.

Harrison and City Clerk Teresa Black noted that the city is currently in talks with other health insurance companies trying to reduce costs.

What the new coverage would look like also remains to be seen.

“We should hear something in the next few days,” Harrison said.

When asked about the reason for the increase, Black noted that the insurance companies look back on the last two years of coverage, and that the city is a small group so it doesn’t have much leverage in terms of negotiating.

“They are basically just telling us we aren’t healthy,” Harrison added. 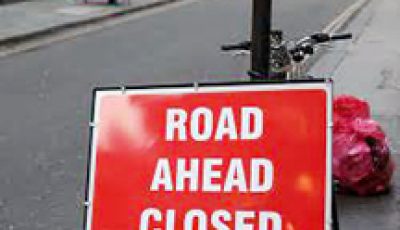 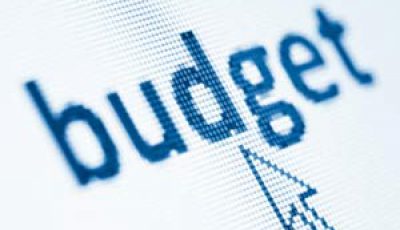