A defense attorney recently asked a judge for access to a defendant’s psychological evaluation, but the evaluation he is wanting isn’t for his client. Thomas Earl Reynolds is facing numerous charges after allegedly leading police of a high-speed chase and shooting at an officer on Nov. 14, 2017.

Thomas Earl Reynolds III, 31, of Apopka, Florida, is accused of shooting at police during a high-speed chase in a stolen vehicle in 2017 that went from Williamsburg to Corbin and then back to Williamsburg before it finally ended.

Reynolds is scheduled to stand trial on July 21 in Whitley Circuit Court, and, if convicted, he could receive up to 50 years in prison.

Last May, Reynolds was judged competent to stand trial after undergoing a psychological evaluation.

The name of the defendant in the Laurel County case wasn’t disclosed in court Monday.

Cessna asked for Wren’s motion to be dismissed.

Winchester is going to consider court filings regarding the matter, and said he would rule on the issue at a later date.

Gray man charged with running from, fighting with B’ville Police 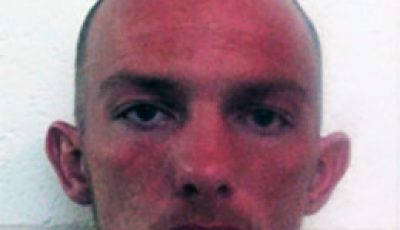