A Williamsburg man will remain behind bars in the Whitley County Detention Center in lieu of a $50,000 cash bond after being indicted Monday morning in connection with an incident where pipe bombs were found at his residence late last year. The Whitley County Grand Jury handed down a 12-count indictment against Leroy Cupp, 33, charging him with third-degree use of a weapon of mass destruction, second-degree terroristic threatening, first-degree possession of a controlled substance (methamphetamine), and nine counts of first-degree wanton endangerment.

Cupp’s attorney, James Wren II, entered a not guilty plea during his arraignment Monday afternoon, and asked for Cupp’s bond to be reduced.

Commonwealth’s Attorney Ronnie Bowling objected to bond being reduced noting that there were completed pipe bombs found at Cupp’s residence, and he believes Cupp is a danger to the community.

Cupp has been incarcerated in the Whitley County Detention Center since he was booked into the facility on Dec. 16, according to the detention center’s website.

Whitley County Sheriff’s Deputy Jason Strunk arrested Cupp on Dec. 15 after responding to Cupp’s 404 Hemlock Road residence after receiving a complaint from one of Cupp’s relatives that Cupp allegedly had an explosive device there, according to Sgt. Jonas Saunders, who was one of the responding officers.

When deputies arrived at the residence, Cupp allegedly gave police permission to search the residence, and a deputy located metal tubing capped with a wick inside a drawer on the television stand, according to an arrest citation.

A deputy also located one additional complete tube with caps and wicks inside an ammunition box next to a couch. The box also contained tubing, caps, black powder and wicks, according to an arrest citation.

Saunders noted that Cupp had enough materials to make a total of four pipe bombs. 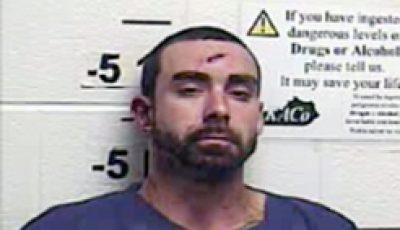