“I’m very pleased, said Family and Consumer Science Teacher Veronica Carmical, who coached the team that defeated Corbin in the district competition in April and won the 13th Region title in May over Harlan County, Letcher County and Jackson County.

While Whitley County’s team of Ryan Ball, Kyle Garrett and Haley McCullah were narrowly defeated by the Owen County team in the first round, Carmical said the judges heaped praise upon the Colonels for the chicken dish they prepared.

Carmical said when the team began preparing for the season, the members began with a chicken thigh and began adding different ingredients to arrive at the finished product.

It is a deboned, flattened chicken thigh that is rolled in a red quinoa stuffing of red onion, garlic and cranberries served in a chiffonade bed of spinach and baby greens, honey roasted sunflower seeds, cranberries, apples and grapes.

Both the salad and chicken are topped with a dressing comprised of red wine vinegar, honey and sriracha sauce.

“It is great when the chefs tell you, your team is doing things that no one else is,” Carmical said, adding the Colonels’ dish received further vindication by the fact that all of the judges left empty plates.

While the chefs are free to experiment, there are some limitations.

The dish must include five locally grown/produced ingredients.

The recipe must be simple enough that it could be reproduced in sufficient quantity to be served by a school’s food service staff on the menu.

The students have one-and-a-half hours to prepare the food and clean up afterwards.

While Ball and Garrett both graduated in May, Carmical said the 2017 team would have some experience. McCullah will only be a junior.

“We took a couple extra students to state so they could see what a competition at that level is like,” Carmical said.

Carmical said with the way the popularity of the competition is growing, she would like to be able to make it more conducive to spectators.

“The one problem is getting the equipment installed and working outside of the family and consumer sciences classroom,” Carmical said. “If you could get someone to run some 220 volt electrical lines, you could do it.”

“When Harlan County Schools hosted the region, they had cameras set up over the top of each team’s workspace and set up 10 foot screens for people to watch. That might be a way to go.” 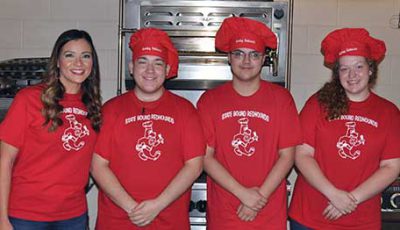 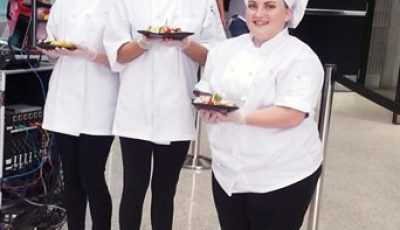 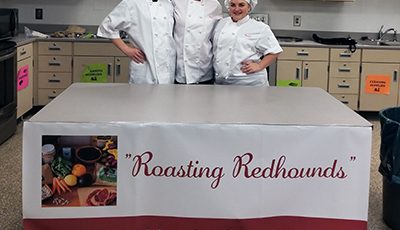 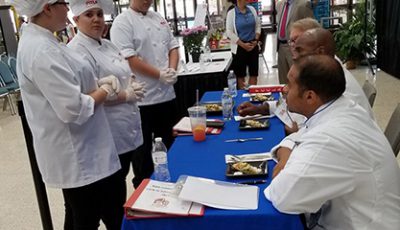