Ralphie Parker and his Red Ryder BB gun, Flick and the flagpole, and Mr. and Mrs. Parker and the fight over the leg lamp major award that, “was a family controversy for years,” is coming to the stage at Whitley County High School as The Colonel Players presents, “A Christmas Story.” “It is one of my favorites,” said Colonels Players Director David Sweet when asked why he chose the holiday classic.

“I’m getting close to retirement and I’m trying to get in the shows that I have wanted to do,” he said. “Plus, I have the right size cast this year.”

Sweet said this will be the first performance featuring the new portable stage.

Because the scope of, “A Christmas Story,” which includes the Parker home, the alley Ralph and Randy go through to get to and from school, the classroom, and Higbee’s Department Store, the sets will remain on stage, with each being contained within a different portion.

“Higbee’s will actually be on a platform that rolls in and out,” Sweet said. “We even have the big slide.”

The Colonel Players didn’t have to search far for the right Santa, as Sweet will suit up for the role. It will be a “wet” ride as the scene where Santa ends up with a wet lap courtesy of a scared child is included.

Finding the correct props has been a challenge.

Sweet had posted on The Colonel Players Facebook page that he was in need of a leg lamp. He said Monday that one had been located. It will survive the production run.

“We have a stunt double for the leg lamp,” Sweet said explaining that a second, broken lamp will stand in when it is time for the battle over the major award.

In addition to the familiar scenes, Sweet said the Colonel Players are putting their own stamp on the story with several original dream sequences.

Sweet credited assistant theatre director Melissa Woods, who has taken on the role of director for this production.

“It will be slightly different than the movie,” Sweet said noting the running time of the play is two hours with an intermission.

“We are excited,” Sweet said of taking on such an iconic production. 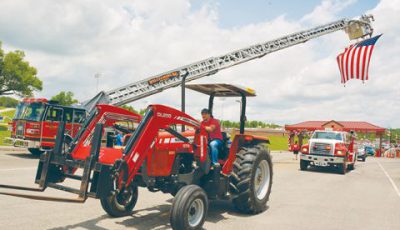 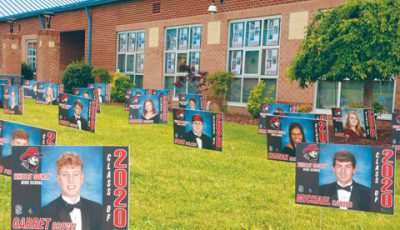