Senator Mitch McConnell has been in office since 1985 and has been Senate Majority Leader since 2015. Born in Alabama, McConnell graduated from the University of Louisville and later the University of Kentucky College of Law. He served as Judge Executive for Jefferson County before being elected to the senate. McConnell took some time to answer written questions from the Mountain Advocate.

I’ve worked closely with local leaders to help our mountain communities recover, including steering hundreds of millions of federal dollars to spur economic development. In 2017, I was proud to lead bipartisan negotiations on legislation to permanently secure health care benefits for Kentucky coal miners and their families. Numerous conversations with miners about this issue made clear what was needed in a permanent fix, and I was proud to lead the efforts to help these families keep their health care. My legislation to prevent the pension plan for 92,000 coal miners from running dry and to expand the permanent health care benefits for 13,000 miners also became law at the end of last year. It’s critical we restore the economy for every county in Kentucky, and I will continue supporting programs that do so, including the Appalachian Regional Commission, which I ensure funds important projects in Eastern Kentucky. We owe a lot to our coal miners, and I’m proud to do what I can.

We need to take practical steps to address what really matters most to American families — health care costs. We need to preserve what works, fix what doesn’t, bring costs down, and preserve Medicare. Democrats are wrong to think that “Medicare for None,” as I call their socialist health policies, would work. Medicare for None would drain a program our seniors rely on and end private insurance for more than 180 million people. The last thing families need is even more top-down, one-size-fits-all social engineering, but that’s exactly what this Medicare for None scheme would create.

Second Amendment rights must be protected for law-abiding gun owners. Kentuckians rightly should not cede the rights afforded to them in our Constitution.

The opportunity to serve Kentuckians is not one I take for granted. I’m grateful Kentuckians have elected me as their Senator more than a few times now, and I will work hard to earn their support for another term.

During the Obama years, our state saw a great deal of change when it comes to job availability. I’ve steered hundreds of millions of federal dollars to the parts of Kentucky that have seen a decline in job opportunities, such as our mining communities, to help spur economic development in these areas. For example, I’ve secured more than $50 million for broadband development in Central Appalachia through ARC’s rural broadband development program.

Having access to quality higher education is also needed to capitalize on new opportunities in Eastern Kentucky, which means we must support institutions like Southeast Kentucky Community and Technical College. As Senator Majority Leader, I recently advocated on behalf of SKCTC to ensure the school could continue participating in a federal student loan program many of its students rely on. If SKCTC had lost its eligibility, it would have been forced to shutter its doors. And when Berea College was in jeopardy, I secured legislation to allow the college to continue its mission of providing tuition-free education to low-income students. I will continue to support a jobs and opportunity agenda for Eastern Kentucky and will build upon the many successes we’ve already achieved together.

Kentucky has done a great job in its response to the coronavirus. For my part, I am leading the Senate’s coronavirus relief efforts, including by introducing and leading to passage the biggest economic rescue package in U.S. history that has delivered billions to Kentucky recovery efforts.

These decisions need to be made at the state level, and I’m comfortable with the decision Secretary of State Adams and Governor Beshear have made for the upcoming primary election. They’ve worked out a way that allows more people to vote by absentee by using the rationale of the coronavirus. I think that’s fine because that will still be a conventional election.

The coronavirus pandemic is weighing heavily on the American people, and the emergency it has caused in our nation is very serious. Roughly 1.4 million Americans have been affected, more than 100,000 have died, and the unemployment rate has not been this high since World War II. Compare that to just a few months ago when millions of hardworking men and women were thriving and optimistic about their futures. This is a serious crisis, so the Senate’s response has been just as serious. I authored and led to unanimous passage the biggest economic package in U.S. history, which is known as the CARES Act. This rescue bill is full of serious solutions to directly address the current crisis, such as direct payments to American families, aid to help small businesses continue paying their workers, and additional funding for health care heroes on the frontlines. As much as they wish it were true, a crisis is not an opportunity for Democrats to pass their left-wing wishlist. Socialist policies like Medicare for None will never be on my agenda.

This lazy, recycled smear just earned a “Three Pinnochios” slap-down from the fact-checker at the Washington Post – not exactly a bastion of conservatism. This attack has been proven false time and again because Kentuckians know that with me in the Senate, we are able to punch above our weight and bring resources back to the Bluegrass.

Outside the Washington D.C. region, there is no state whose taxpayers get a better return on investment than Kentuckians. We get about $2.50 in federal money coming back for every $1 we send to Washington. During my time as Senate Majority Leader, I’ve steered $4 billion in total competitive federal funding to the Bluegrass. I also made sure Kentucky would not be left behind in the coronavirus rescue package that I wrote and passed. Among states with populations similar to ours, Kentucky ranks #2 in funding from the CARES Act’s Healthcare Provider Fund and #1 in funding for rural transit. The percentage of Kentucky small businesses that got help during the first round of the Paycheck Protection Program beat the national average by 10 points. On a per-capita basis, Kentuckians even managed to land more money in the direct relief payments to households than any similar state.

Southeastern Kentucky is a place unlike any other, and this region has really been through it all, the good and the bad. It’s always my honor to advocate on behalf of Southeastern Kentuckians and to find the right solutions to address the unique challenges the region is faced with. There are four Congressional leaders, and out of those four, I am on the only one not from New York or California. That means Southeastern Kentucky has a loud voice at a crowded table. When we’re discussing how to create jobs and opportunity across the country, I shape the policies to ensure those opportunities come right here to Southeastern Kentucky.

McConnell will be seeking the Republican nomination in the upcoming primary. He is one of eight candidates on the ballot for the June 23 election. 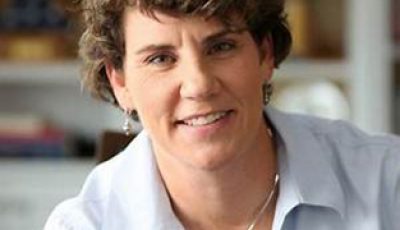 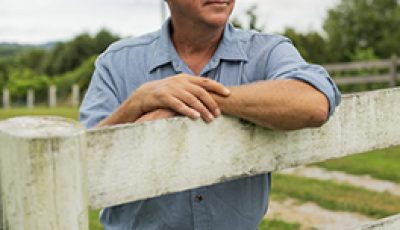 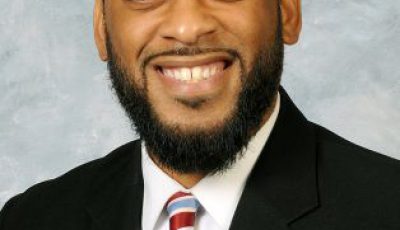 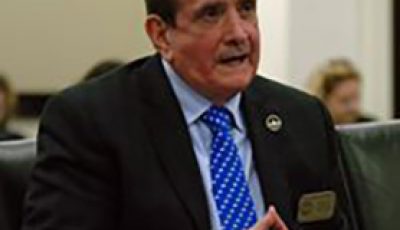