On person was taken to the hospital Friday morning after a dump truck struck an SUV on U.S. 25W in north Corbin. The wreck occurred at approximately 9:30 a.m. at the intersection of U.S. 25W and Magnolia Lane just north of Kentucky Fried Chicken.

Officials said the dump truck, belonging to Jones Excavating out of London, was traveling north on U.S. 25W when the SUV pulled out into traffic from Magnolia Lane.

The driver of the dump truck was unable to stop, striking the Buick Encore on the left side.

“Fortunately, the truck was empty,” said West Knox Fire Chief Darryl Baker. “If he had been loaded, it would have been a whole lot worse.”

The female driver of the SUV was conscious and talking to emergency personnel as she was placed on a stretcher and taken by ambulance to an area hospital.

Her name has not yet been released.

Traffic was reduced to one lane as emergency personnel worked to clear the scene. 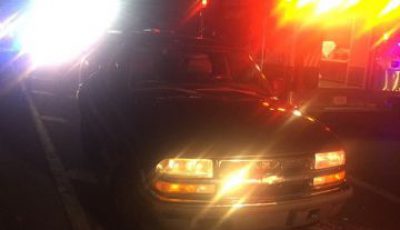