It was April 3,1974, and the morning had begun as expected with an April shower that soon turned to sunshine. It was nice enough for some of those in Brandenburg, Kentucky, to crank up lawnmowers for their first seasonal mow.

A couple of hours later, shortly after 4 p.m. the town, and those who lived there, their lives would change forever.

The first and only F-5 tornado in Kentucky history swept into the area, virtually rendering Brandenburg, a town of less than 2,000, a mere shadow of what it once was. Thirty-one people died, 18 of those living on Green Street.

Forty-five years ago there were no sophisticated weather radar systems or instant social media. In fact, it was what happened in Meade County and several other Kentucky counties that day that led to the National Weather Radar System’s early warning.

For anyone there that day it will live in infamy.

This Ohio River town had once been described as a Mark Twain-kind-of-place as river traffic floated up and down with both commercial and pleasure boats.

Today Brandenburg is a town on the move as it remembers its past while living in the present.

“About 13-years-ago we started putting together some ideas for a county museum,” offered Gerry Fischer, who now serves as the director of the Meade County History Museum that opened in July 2018. “We’ve had great support from the community as well as our Mayor Ronnie Joyner and County Judge Gerry Lynn.”

Fischer, an author, newspaper columnist, and a trained archeologist who was on the staff at the University of Louisville, became good friends with Sherrill Williams several years ago through their interest in history. And although he lives in the Hardin County town of Vine Glove, Williams had made the trip to Brandenburg several times a week in helping Fischer prepare the Meade County Museum’s opening.

Williams could be described as a Renaissance man. He’s been a history teacher, author, artist, story teller, and a standup comedian (at Joel Ray Sprowles Lincoln Jamboree in Hodgenville).

The town made available a 1912 building that originally served as the local elementary and high school, later becoming the county’s public library, before a new one was built.

Fischer and a host of volunteers, that include his wife Fran, have built their museum around a Civil War history that involved Confederate John Hunt Morgan. It was in Brandenburg on July 7-8,1863, where Morgan and his 2,200 cavalrymen launched his raid into Indiana and Southern Ohio. They captured a pair of commercial steamboats, and for more than a day ferried men, horses, and four cannons across the 800-yard Ohio River.

It was this Civil War connection that made it an easy decision when the city and county offered a home for the 70-foot tall, 20-feet wide, 123 ton statue that had fallen out of favor in Louisville, where it had stood for 122 years as a memorial to the southern soldiers in the War Between the States.

“I got a call asking if we wanted to save the monument,” Gerry Fischer recalled. “We had the local support and went for it. The Louisville people said they were probably going to put it in storage, when actually it was a landfill they were going to dump it in.”

It had stood in Louisville since 1895.

There is also a historical marker and statute paying tribute to the town’s role
in the “Underground Railroad.” The towns location on the river helped slaves escape into Indiana.

With the completion of the monument in December 2016, Fischer and Williams point to several other events and projects they think have happened because of the positive attention the river front monument has drawn.

An RV park has been completed, several shops and stores have opened, new Main Street sidewalks will soon be built, the “American Queen” riverboat now has several scheduled stops, and seven mural panels depicting Meade County History have been painted.

“It has taken awhile, but now were moving,” Williams adds. “We’re really excited this coming September that one of only two functioning WWII LST325s will dock here for public display. It’s going to be a big deal.”

The LST-325 visit and related events will involve Meade county, city of West Point, Bullitt County and Hardin County. It is expected that visitors from throughout Kentucky and Indiana will come to see the 328-foot ship that helped win WWII.

The Meade County History Museum is full of local history to include Civil War and pioneer weapons, stones with writings that are believed to be by Welsh explorers several centuries before Columbus arrived in America, Solomon Brandenburg’s (the town’s namesake) display, extensive fossil and Indian artifacts. One wall shows the destruction photos of the 1974 tornado.

Meade County is also proud of Harold “Pee Wee” Reese the baseball Hall of Famer and great shortstop of the old Brooklyn Dodgers born in the community Ekron in 1918.

“Lots of people thought he was called Pee Wee because of his small stature,” Williams says. “But, it was for his ability to shoot marbles.”

At the age of five the Reese family moved to Louisville when his dad went to work for L & N Railroad. Reese’s parents are buried at Buck Grove, south of Brandenburg.

Western Kentucky University basketball coach Rick Stansbury is also from Meade County, the community of Battletown to be exact.

For those making the trip to Brandenburg I can recommend a couple of good places for a lunch break. Jailhouse Pizza has some history of its own and the food is very good. Located downtown on the river near the monument, it is one of the oldest buildings in town.

If you’re driving around the county, Stull’s Store in Paynesville is definitely a good food stop.

There’s no excuse, get up, get out and get going! Gary P. West can be reached at westgarypdeb@gmail.com 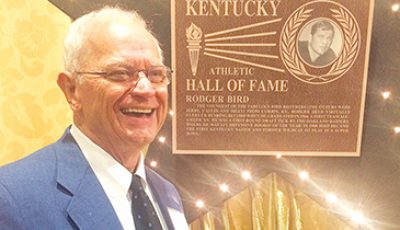 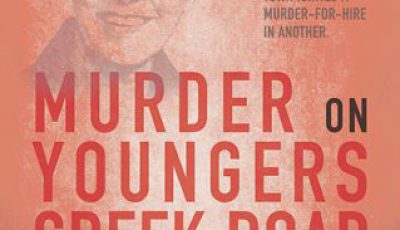 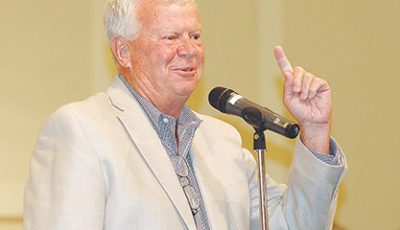 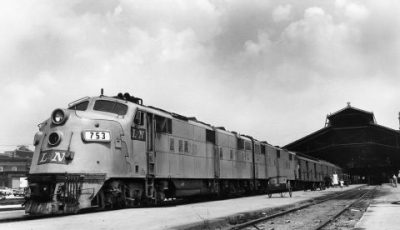